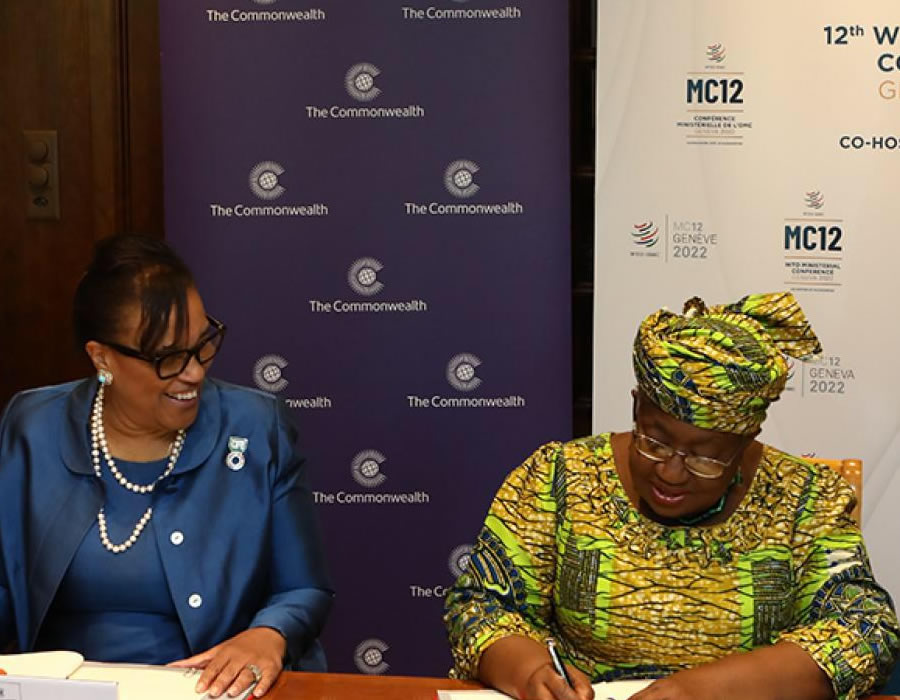 The London political summit and awards, welcome the new collaboration between the Commonwealth and WTO, working together to strengthen healthy trading relation among nations to promote peace and prosperity.

The Commonwealth Secretariat and World Trade Organization (WTO) signed on the 11th of June, a Memorandum of Understanding to strengthen cooperation between the two organizations and to enhance the participation of Commonwealth countries in the multilateral trading system.

In the MoU, both organizations agree to collaborate on trade-related technical assistance and trade capacity-building efforts for existing members of the Commonwealth and acceding countries.

“The MoU which we have signed merges the power of the WTO and accessibility of the Commonwealth Secretariat for the benefit of our members. Bringing these two organizations together to do research and evidence-based policy development and then giving our Member States the ability, knowledge and expertise to implement, that’s a real opportunity for empowerment. 60% of our Commonwealth is under the age of 30, so we are looking at young people, and women as they are often the ones driving Micro, Small and Medium Enterprises (MSMEs). So, this partnership is very exciting for both the WTO and the Commonwealth.”

“Trade can be an instrument for inclusion for women and MSMEs, who are able to join regional and global value chains. The purpose of the WTO as enshrined in the Marrakesh Agreement is all about people; how to enhance people’s standard of living, create employment and support sustainable development so as to do things that really focus on lifting people out of poverty. So, working with the Commonwealth to see how our common members can benefit from our work on issues such as women’s empowerment, MSMEs, digital trade and trade facilitation is extremely important.”

The Organizations also agree to cooperate on outreach initiatives, targeting key stakeholders for Commonwealth countries. In addition, the MoU emphasizes collaboration between the WTO and the Commonwealth Secretariat on research and analysis of issues of particular relevance to Commonwealth members in relation to WTO activities.

There are at present 49 WTO members and one observer government among the 54 members of the Commonwealth. A total of 32 of the world’s 42 small states are Commonwealth members, each with a population of 1.5 million or less.

CONGRATULATORY MESSAGE TO THE HUMBLE AMBASSADOR OF MALAWI, ON HIS NEW TRADITIONAL HERITAGE ACHIEVEMENT.

Uhuru considers getting a ‘wife’ in Kisumu