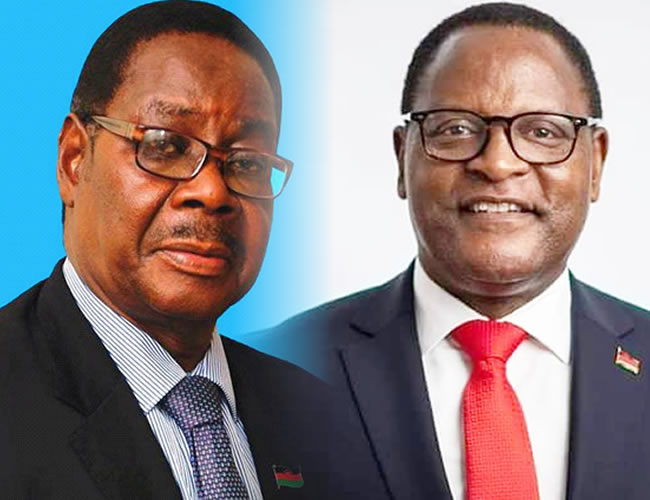 The London Political Summit, a global think tank has honoured Malawian President H.E Dr. Lazarus Chakwera and former President H.E Prof. Peter Mutharika by conferring them with Uhuru/Raila Peace Accord Award. The two were awarded because they ensured a smooth and peaceful transition of leadership through upholding the separation of powers of the arms of government, through civic education and the protection of voter’s rights, in the pre- election period.

In the post elections period, this peace has been upheld by President Chakwera’s promotion of a United and Prosperous Malawi, through servant leadership among other values embodied in the “Chakwera Super Hi 5”.  As a result, the potential for civil unrest was quelled in Malawi.

Malawi has thus set a precedent for other African states and for countries around the world to follow. Raila/Uhuru Peace Accord Award was inaugurated in 2018 in the UK’s House of Commons. The award is in recognition of the “Handshake” between Kenya’s President H.E Uhuru Muigai Kenyatta and the former Prime Minister H.E Raila Amollo Odinga. The Handshake restored peace after contested election results.

The Award will be given to African Heads of States who demonstrate statesmanship and ensure peace and stability is sustained in democratic processes following elections.

From London Ambassador Dr Josephine Ojiambo in the company of  London Political Summit Team, Godson Azu, Allan Mandindi,  Julius Mbaluto, Chibuzo Obochi, led the ceremony and in the State House Malawi, the President was represented by the President Special Advisor on Political Affairs Hon. Ephraim Chivunde. He was accompanied by Ambassador Limbani Kalilani-LPS Ambassador for Malawi and Southern Africa.

The ceremony kicked off with Ambassador Dr Josephine Ojiambo sharing with all the origin of Uhuru/Raila Peace Accord Ceremony. Dr Ojiambo said that after the contested and divisive election in Kenya 2017, the country was very divided, however on 9th March 2018, Kenyans President H.E  Uhuru Kenyatta and former Prime Minister H.E Raila Odinga who were at the helm of divisive politics put their differences aside and outside the office of the President shook hands and this handshake restored peace, restored the democratic governance of the country and brought together the peoples of Kenya.

“Now we look back on it and we are celebrating in Kenya the BBI (Building Bridges Initiative), we are talking about a new initiative, a new constitutional order for our country build on this peace. This two leaders allowed us the London Political Summit to inaugurate this award and to hand it over to other African leaders who in a similar manner thrives above the politics of the day to ensure the proper leadership of stable democratic future for their state.

So  we are now looking at how we can also honour President Dr. Lazarus Chakwera and the outgoing Prof. Peter Mutharika because they have ensured a peaceful transition of leadership by upholding the separation of powers in the hands of government, by ensuring civic education in the time between the point at which the courts ordered a rerun and also protection of voter rights during electoral period and therefore have guaranteed peace for 100 days after the elections. “

“In this post- election period peace is vital because this is the time democratic institutions are established. Now we want to speak about President Chakwera in particular and this post- election process, what we are calling Peace Accord Award is also embodying recognition of the values, that President Chakwera had in place around his own political process and the very known slogan Chakwera super high 5. This super high 5 embodying 5 values took the political parties through the pre-election period through the elections and as a result quelled any possibility of civil unrest in Malawi.  So, I want to say as my Colleague has said, Malawi has set a precent for other African states. It’s a precent for other countries of the globe to follow. It’s a precent because this is the first time that a head of state actually through a rerun, came from the opposition into Presidency.”

Dr. Ojiambo said that although Kenya had a rerun, the incumbent President still secured the Presidency. She said that the award conferred provides a space for the President himself to continue to provide statesmanship to other African member states as outstanding leader of democracy.

Dr Ojiambo said that Kenyan President H. E Uhuru Kenyatta and Former Prime Minister H.E Raila Odinga were fully briefed about the London Political Summit engagement with H. E Lazarus Chakwera.  And through State House to confer him this Award and they were both happy that was possible.

In accepting the Award on behalf of the President, President Special Advisor on Political Affairs Hon Ephraim Chivunde said:

“Executive members of London Political Summit, lady and gentlemen, on behalf of the President of the republic of Malawi H.E Dr Lazarus Chakwera, I’m honoured to accept this Uhuru/Raila Peace Accord Award. Justice is one where lawlessness in a nation is left unaddressed when committed by people in power leaving the oppressed people powerless to hold their government accountable.

“This was the situation in Malawi for a long time. Thankfully, in the middle of 2019, the people of Malawi put their foot down and demanded a more lasting peace build on truth and justice. The court of Malawi brought us together as a nation to put the truth out in the open. While this was happening the people of Malawi marched on the streets demanding for the rule of law. The birth of this truth and lasting peace emanated from the labour pains of Malawians. President H.E Lazarus Chakwera was honoured to play a role as the peoples’ servant and he dedicated this award to these people in their honour. “

The London Political Summit main event takes place on 20th October 2020. More awardees including leaders from African countries and around the world will receive their awards for different outstanding contribution they have made. Due to Covid-19 pandemic, the event will be officiated virtually.