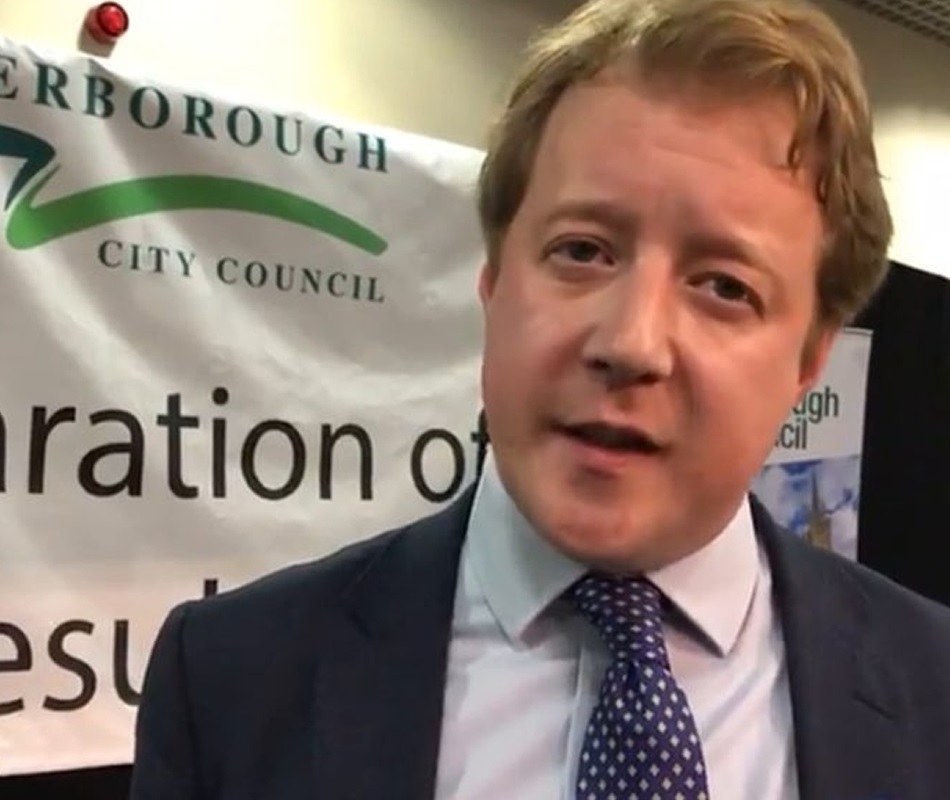 The Member or parliament for Peterborough, Paul Bristow has called for strong and improved relationship with African Countries. He was speaking at the recently held London Political Summit where he reiterated the need to build on the historical relationship that UK has with most African Nations.

In his address, Paul Bristow said United Kingdom values the potential Africa has, to be one of the successful continents on the globe. He said because of the existence of Commonwealth, United Kingdom will always uniquely be placed to build productive relationships with African countries, and, it is for this reason that Britain wants more engagement with African Nations.  “UK prime minister has visited more African Countries than any other President in just one year. UK is extending its network in Africa with many high commissions re-opening, new Ambassadors, and new trade relationships” said Bristow. He therefore  called for the need to renew the relationship  in order to work together towards helping Africa reach its full potential.

London political summit is an annual programme put together in 2016 in think tank platform to look into issues concerning democracy, peace and good governance between the African and Commonwealth nations. This year’s event which took place virtually due to the Covid pandemic looked at the impact of Post Brexit, Post covid in relation to African Continents and how nations can benefit from each other in terms of democracy, trade and other economic related agendas. Several high profile guests  were in attendance that included MPs from the house of the parliaments in the UK, MP from the house of Parliaments in Kenya, Malawi and Nigeria

This year’s summit also saw the flagship Uhuru/Raila Peace accord Award being awarded to Former Malawi President Peter Mutharika and the incumbent President Dr Lazarus Chakwera for the peaceful transition of power at the just recently ended presidential elections in Malawi. Speaking on behalf of the organisers, Media Officer Allan Mandindi said the summit was grateful that Paul Bristow attended and spoke highly of the relationship that exist between Africa and Britain.  “The relationship is indeed historical and it is our duty to harness it so that  it benefit the people on both ends economically but also for the promotion of good governance”

On the peace Award that was awarded to Malawi leaders, Mandindi  said “Its great seeing that the London Political Summit and awards Uhuru /Raila Peace Accord has been awarded to Malawi Current and Former Presidents. Malawi has demonstrated to the world that despite the political differences power can be handed over from one administration to the other without violence. We have seen how difficult it is to have a smooth transition in Africa. I applaud the current President H.E Dr Lazarus Chakwera for preaching the message of peace throughout the campaign and insisting on unity through his Chakwera “Super Hi5”agenda –  Servant leadership, Uniting Malawi, Prospering together, Ending Corruption and Rule of Law. The former President also played a crucial role by accepting defeat and remaining quite allowing President Chakwera to govern without political interference”.

Paul Bristow is a conservative member of parliament who was elected into office in 2019 elections. This was not the first time that he has got involved with London Political Summit as a speaker after being a key speaker first on the pre event summit that took place early this year.